Common Myths About Hypnosis, and how they apply to Comedy Stage Hypnosis Shows.

#1: Only Mentally Weak People Can Be Hypnotized

FALSE. Anybody with an IQ over 70 CAN be hypnotized.

All it takes is willingness, paired with enough concentration to follow simple instructions. If you are capable of reading this article, YOU can be hypnotized.

While a traditional office setting offers virtually no distractions, a public Stage Hypnosis Show is a completely different animal.

A Comedy Hypnosis Show has the volunteers up on stage, with friends looking on from the audience. As with any group dynamic, there are lots of potential distractions.

The “best of the best” volunteers for a Stage Hypnosis Show have the following qualities:

The first two on the list are generally accepted qualities of high intelligence!

FALSE. Hypnotized people are NOT mindless automations subject to the bidding of the hypnotist.

It’s extremely difficult to get a hypnotized person to do anything against their moral principles.

Example: I’ve had deeply hypnotized volunteers “sit out” a routine that involves dancing. Some people just don’t want to have anything to do with dancing, ever!

That being said, stage hypnosis volunteers DO become less inhibited during the performance. The combination of being in the trance state, plus the thrill of being on stage, is a bit like having a few cocktails.

FALSE. While a hypnotized subject may have their eyes closed for an extended period of time, they are NOT sleeping.

Hypnotized persons ARE aware of their surroundings. Despite appearances, they actually have a HEIGHTENED sense of focus. It’s like comparing a laser beam (hypnosis) to a light bulb (wakeful alertness).

#4: A Hypnotist Can Cure You in One Session

MAYBE. This DOES happen.

Example: People often tell me they were able to stop smoking as a result of a single hypnosis session. Good for them!

Most behavioral change is going to require more dedication and persistence to produce lasting results. When working with a  Consulting Hypnotist, be prepared to commit to an average of 3-5 sessions for most types of problems.

#5: Hypnotists Are Flamboyant or Weird

This is actually TRUE! (just kidding).

TRUE. It IS possible to use hypnosis to recover memories, but there is no guarantee of success.

Permanent memory is the realm of the subconscious mind.

The whole point of Hypnosis is to access the RESOURCES of the subconscious mind. Hypnosis techniques are the best, if not the only way to recover lost memories!

However, memories are extremely FRAGILE, and not necessarily a representation of the “truth.” Memories are strongly influenced by your age and emotional state at the time of the experience.

If a memory is not readily available, there may be a reason the subconscious mind is hiding it from conscious awareness.

#7: You Can’t Lie Under Hypnosis

FALSE. You can “lie like a rug,” when hypnotized!

I don’t know why people think hypnosis can be used as a “truth serum.” This is one of those myths about hypnosis that has no factual basis.

The enhanced creative imagination of a hypnotized person can lead them to say some outlandish things!

Example: The “World’s Biggest Liar” Stage Hypnosis routine is set up as follows, “Imagine that you are the World’s Greatest Liar. When I ask you anything, you’ll answer me back with the biggest lie your imagination can create.”

Example #2: The hypnotized volunteer in the VIDEO below is quite randomly hallucinating that she’s at a rock concert. Nothing was done prior to set up her “story.”

FALSE. If you’ve ever been married, you’ve been hypnotized!

Seriously, keeping in mind that there are different depths of hypnosis, we all enter hypnotic trance states on a daily basis.

Questions about Hypnosis? Post them in the comments below! 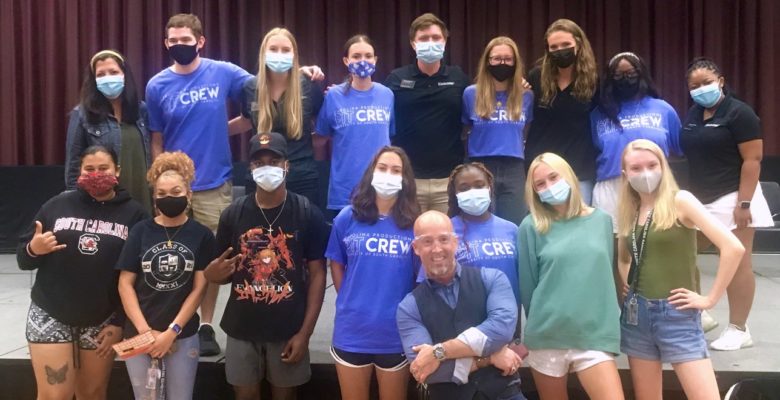 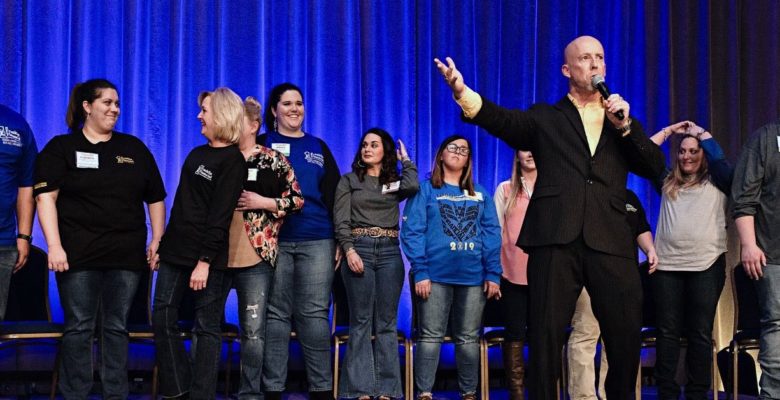